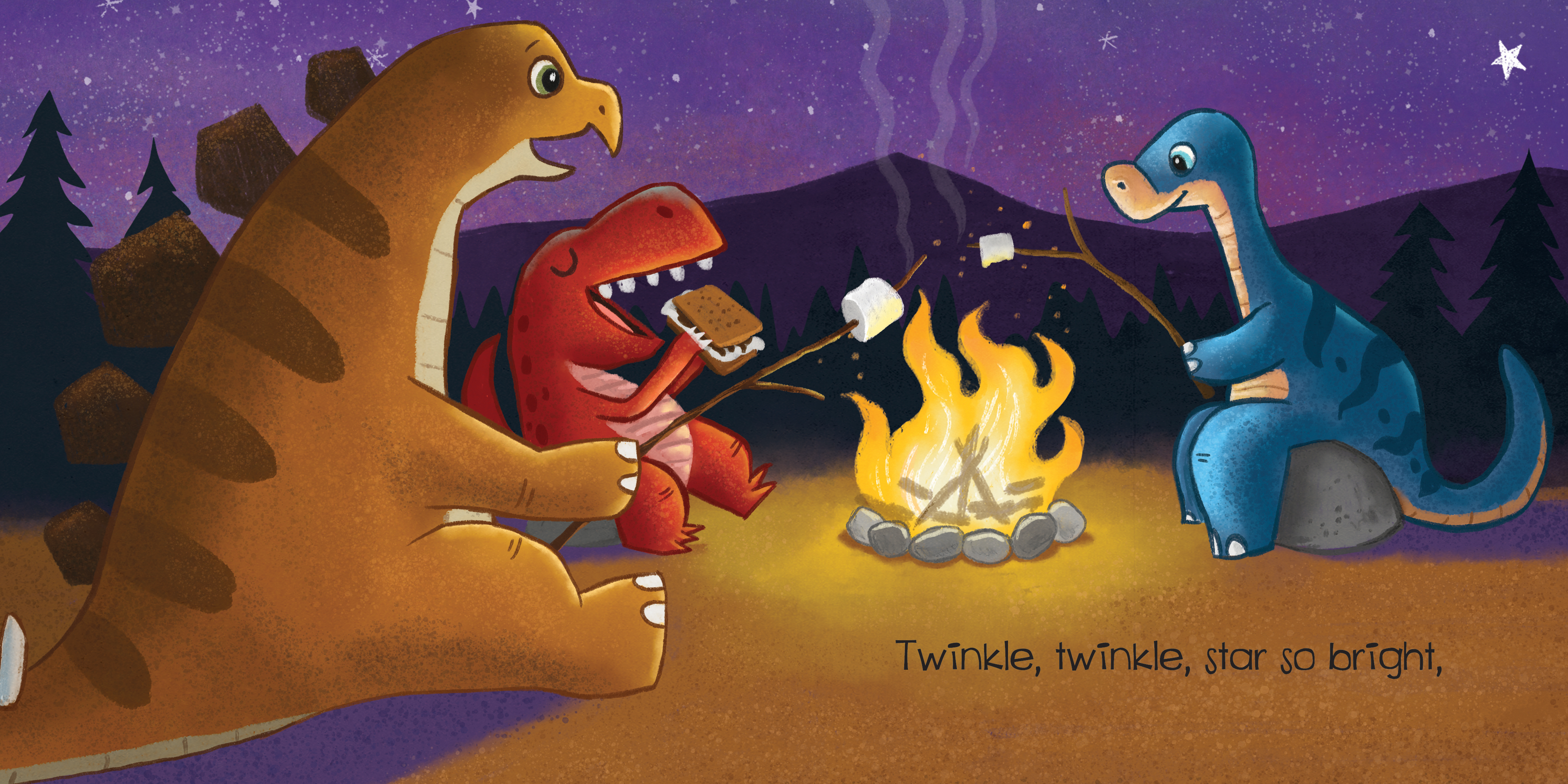 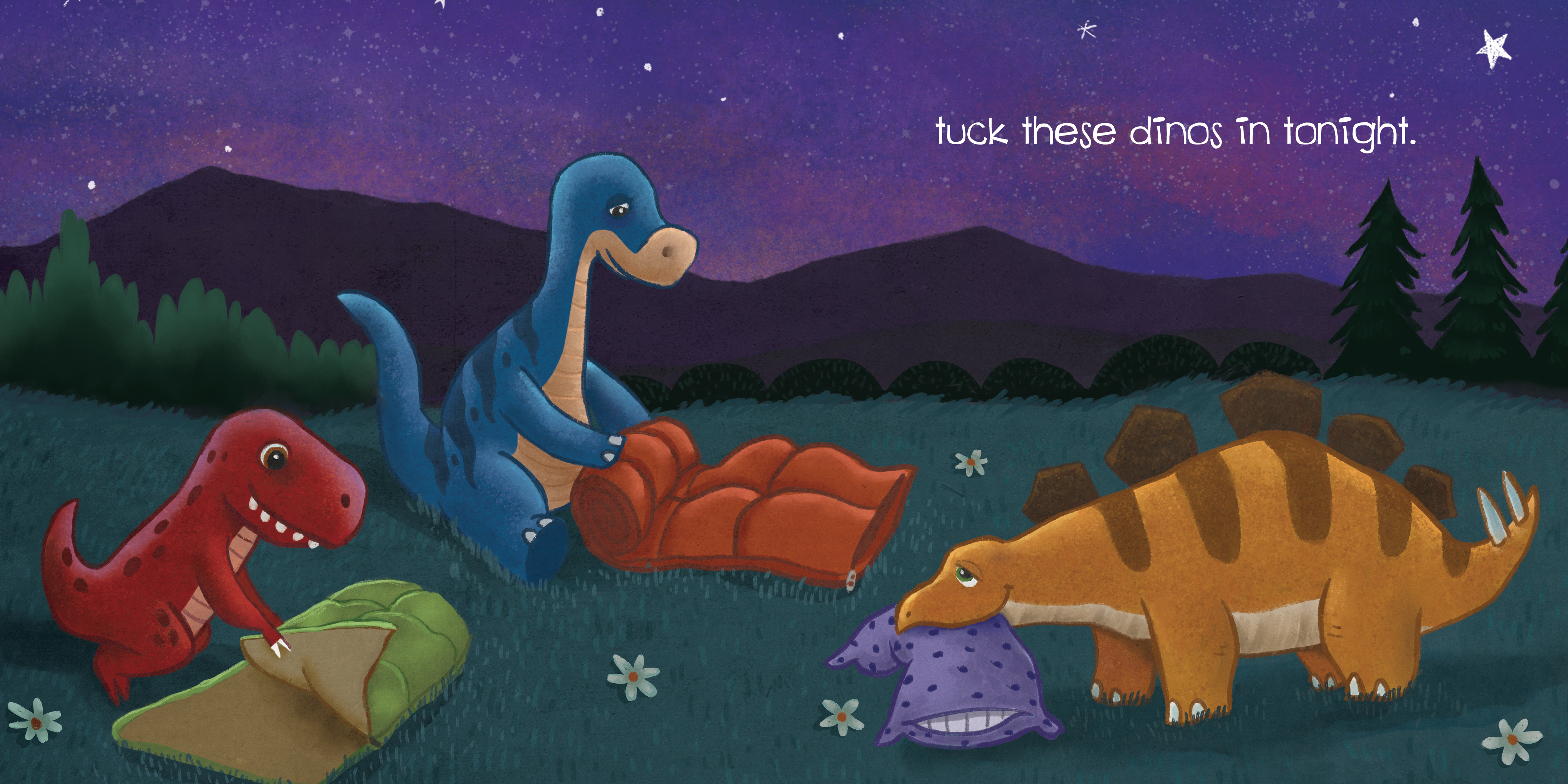 Twinkle, twinkle, little star, this group of dinos wonders what you really are.

Follow along as these dinosaurs explore a vivid campsite during their nighttime trek to their campground. But even dinosaurs need to sleep, so they won’t be stay up all night long. The bright constellations and twist on a classic children’s rhyme are sure to appeal to little ones who love the original song.

The Dino Rhymes series brings humorous and joyful illustrations featuring dinosaur friends adventuring through classic nursery rhymes. In a traditional board book format, these stories are perfect for bedtime, playtime, and story time at home or daycare.

Joe Fitzpatrick loves stories! He loves to hear them, see them, live them, think them up in his head, tell them to others, and (occasionally) write them down. When he writes them down and other people see them, read them, share them, tell them to others, twist them around and make them their own, it makes him happy. So he hopes you enjoy his stories, and he hopes you share them with others, because stories are more fun when they're shared!

John Joseph's passion for art appeared at an early age, while living in Orlando, Florida. As a young boy, he was inspired by the many trips to visit the animation studios just down the road at the happiest place on Earth. It was very rare that you would spot him without a pencil and sketchbook, creating stories and drawing away. John Joseph's love of art continued through school and he went on to get an art education degree from Colorado State University and a masters degree from Lesley University. You could say that John has never really left school, as he graduated and went straight back to elementary school to teach visual arts. There, he is constantly inspired by the imagination of his students, and often includes them in his stories and illustrations. But the best part is, he has several months off throughout the year, to play with his family in the Colorado mountains and create lots of art!