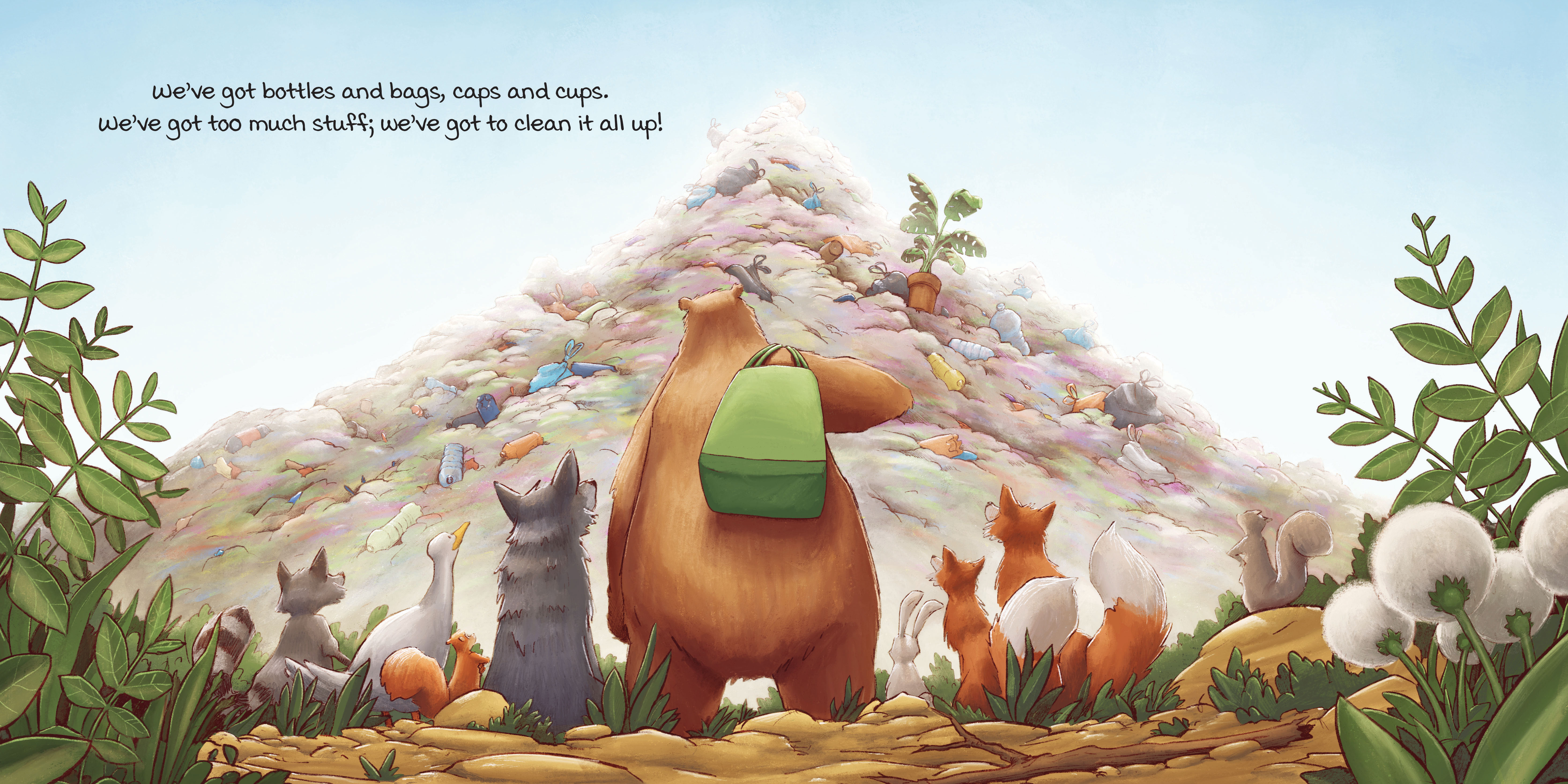 "‘Cause it’s a beautiful world. Baby, don’t you throw it away."

GRAMMY® Award-winning artist Keb’ Mo' explains the importance of caring for our planet. Keb’ is a proud supporter of the Plastic Pollution Coalition and released “Don’t Throw It Away” in support of its global mission to stop plastic pollution. His book brings his message to life as a bear and his animal friends wander the forest collecting discarded items that have been left behind.

Featuring a beautiful arlin paper cover with foil text enhancements and educational back matter explaining ways to recycle, reuse, and refuse, this book helps to encourage young readers to take an active role in preserving our planet.

In partnership with Trees for the Future (TREES), each book sold plants a tree.

Charlie Astrella graduated from the University of Teesside with a First Class Honors Bachelor of Arts degree in Computer Animation. He now works in 3D modeling, animation, and 2D illustration to create works of art he is proud of. He has experience in advertising, product design, video games, and children’s books.